Our Cause of the Week: Environmental Protection, begins next week on December 12. 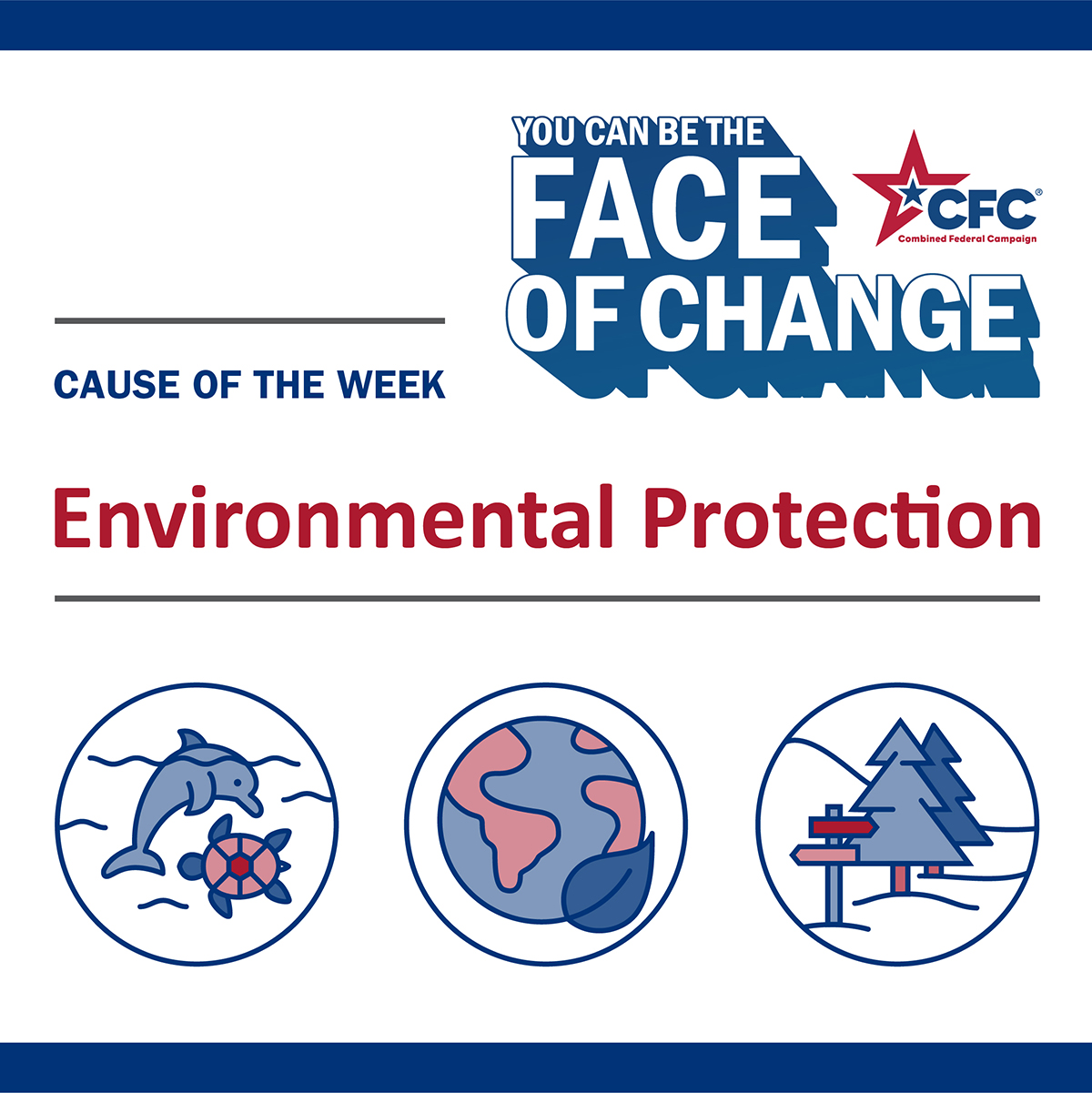 Onondaga Environmental Institute (OEI) is part of the Combined Federal Campaign (CFC) for the first time!

You can give or volunteer through https://cfcgiving.opm.gov/welcome.

You can learn more about CFC’s Cause of the Week program at https://cfcnca.givecfc.org/cause-week.

Some people might say it takes an extraordinary person to care enough to give, but it is more common than you think, and it is easy! Anyone can be a changemaker with the help of the CFC. It is just another dimension to who we already are in our personal and professional lives … changemakers.

The Combined Federal Campaign (CFC) is one of the largest and most successful workplace fundraising campaigns in the world. Overseen by the Office of Personnel Management (OPM), the mission of the CFC is to promote and support philanthropy through a program that is employee focused, cost-efficient, and effective in providing all federal employees and retirees the opportunity to improve the quality of life for all. President Kennedy formalized the CFC with an Executive Order in 1961. The campaign streamlined workplace fundraising and introduced payroll deduction. Since its inception, the CFC has raised more than $8.6 billion for charities and people in need. The CFC is the official workplace giving campaign for federal employees and retirees. The members of the federal community go beyond their call to public service by contributing to the thousands of charities that work to improve the quality of life for all.

Please provide your email to be added to our list, & receive info on OEI events, jobs, volunteering, collaborations, news and more.

(Your info will not be shared with others.)